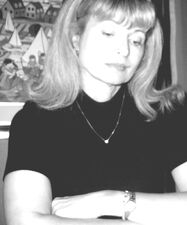 Born in 1956 in Toronto, Ontario, Canada, Terry Ananny resides in Ottawa, Ontario. Terry Ananny’s bright and colourful acrylic canvases of children at play and seasonal village scenes have been capturing the spirt of Canadian life for the past three decades. Her early years spent in summers on Lake Muskoka and travelling to Quebec enriched the artist with lasting impressions of the splendid Canadian landscape and diverse Canadian culture. Her works are held in many Canadian and international corporate collections including Canadian Prime Ministers, Provincial Premiers and the Government of Canada. Her work was commissioned for a Canadian coin design in 2000 and has been reproduced on UNICEF Christmas cards. Her work is also seen on Hallmark, Save the Children, Children's Wish Foundation, Make-a-Wish, and Island Art cards.  The art of Terry Ananny is represented in Canada and the United States by many fine art galleries.
​